What can I say? First time we all got to attend as a family. We had VIP seats as the kids earned their way in by raising money with their school, but our stellar friend Kenny scored them amazing floor seats where they could stand literally right by the stage. (Kenny would never want us to say anything about him, but he is an amazing human being who works with CTV and he is in charge of producing the WeDAY show that airs on MTV and MuchMusic ). He does an amazing job, but more than that, he is just a great guy who loves to hang out with us and sometimes join the family Christmas and New Year with us in Las Vegas 🙂

I was doing double duty that day as I was filming for a project as media there too, but I could run in and out of the stadium just to catch my little world-changers’ faces when some of their favourite people took to the stage. We were ready, pumped, and the kids eyes were filled with wonder, learning all about Martin Luther King Jr from his son Martin Luther King III who was a special speaker, to hearing their hero Spencer West who this year walked on his hands across Alberta to raise money for clean water, to the amazing Kofi Annan who formerly served as the Secretary General of the United Nations. We also got to party and celebrate with some down home Canadian music from Hedley, Down with Webster, Avril Lavigne and Chad Kroeger. We as a family want to take on a new challenge of raising 10 000 dollars in the next year to build a school, and Zac also will be meeting with the FTC team as he wants to begin to speak in school assemblies to rally his peers to action. It’s amazing that we can work with a team like this and he can do this if he wants because he has the freedom with homeschooling this year. I’m so proud of him! The real moments were indescribable, so I’ll leave them to the pictures we captured, but do yourselves a favor, check out and support the awesome work Free the Children and WeDAY are doing all around the world. www.freethechildren.com and www.weday.com 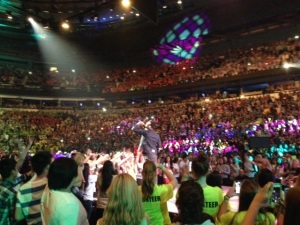 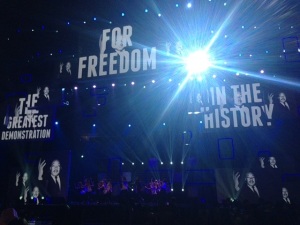 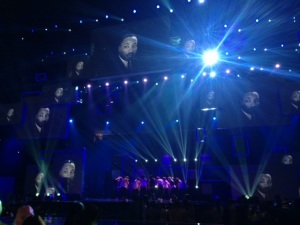 DC Universe!! 💯🔥 My heart literally jumps every time I get a script in my inbox! It means the absolute world to get to play and work with an incredibly fun and hard working cast and crew. Grateful. Thank you for having me here @warnerbrostv @cwsupermanandlois. #dreambig